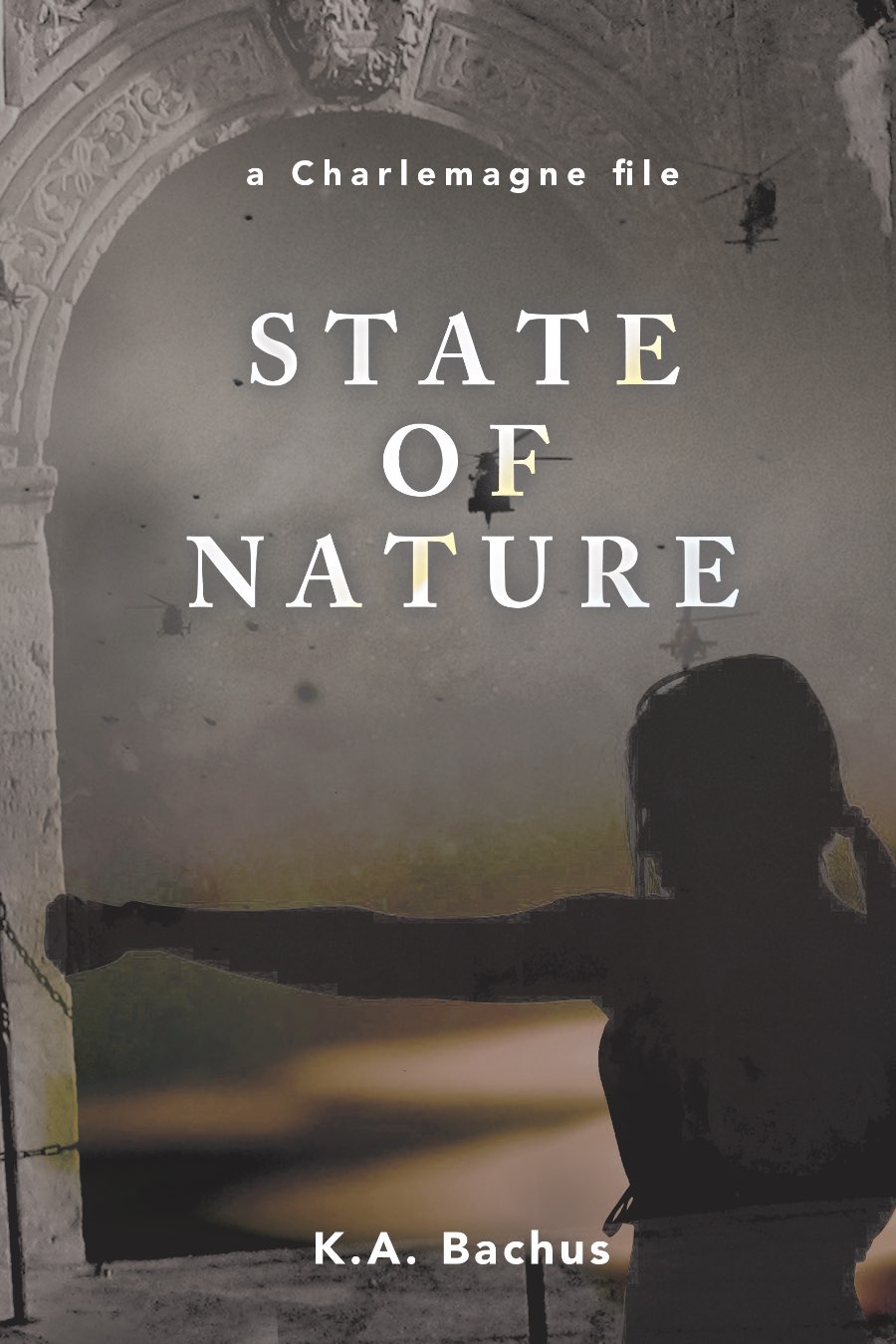 Book2Look for State of Nature

She was an expert shot and an expert fighter, and she was utterly helpless against the fury that held her.

It is the early 90s and the Berlin Wall is down. At the insistence of her family, Mara Sobieski has a safe job in a quiet corner of the intelligence world, until Sergei Pavlenko asks for her help. As the USSR becomes the Russian Federation, Sergei finds himself in danger from his former colleagues in the KGB.

The information he holds imperils a diverse collection of interests held by government functionaries and more importantly, by Mara and her family, who lead Charlemagne, the premier freelance specialist team used by western governments for black operations conducted without fingerprints.

Mara agrees to help Sergei, much to the disgust of her brother and his friends, who consider him the worst of their enemies. Her intervention forces them all into a harrowing race to San Antonio, where her family’s security and her own life will depend on Sergei’s information and the fighting skills of the team.

Will Charlemagne win the quest for the file that threatens Mara Sobieski’s life?

State of Nature is the fifth novel in K.A. Bachus’s fast-paced Charlemagne Files series chronicling the lives of a team of deadly Cold War intelligence operatives over a span of three decades

"Very well-written and suspenseful! I couldn't put it down."

"State of Nature by K.A. Bachus is the fifth book in the Charlemagne Files series. In this contemporary espionage thriller, Mara Sobieski gets a visit from a former enemy who is now running for his life and must rely on Mara to keep him alive, at least until he finds somewhere safe to stay. Mara’s decision to help goes against the wishes of her family and the reputation that goes along with the family name.

Now, Mara must fend off attacks to do what she feels is right, and every step becomes more perilous. Mara struggles to survive the chaos created between colleagues, family, and enemies both old and new in the decision of a lifetime.

Far more than your average espionage-based thriller, State of Nature brings a human element that only K.A. Bachus can bring to a novel. Throughout the journey, you can feel the tensions rise between characters as you eagerly turn pages.

K.A. Bachus knows how to brings characters to life, and adds a much-needed dramatic element to a plot already filled with suspense and excitement. The dynamic between characters is gripping and real, you’ll find yourself emotionally invested and thinking about the story long after the final page is turned.

State of Nature is a truly impressive work of suspense that carries on the high standards of K.A. Bachus and the Charlemagne Files series.

State of Nature along with the entire Charlemagne Files series belongs on your shelf!"