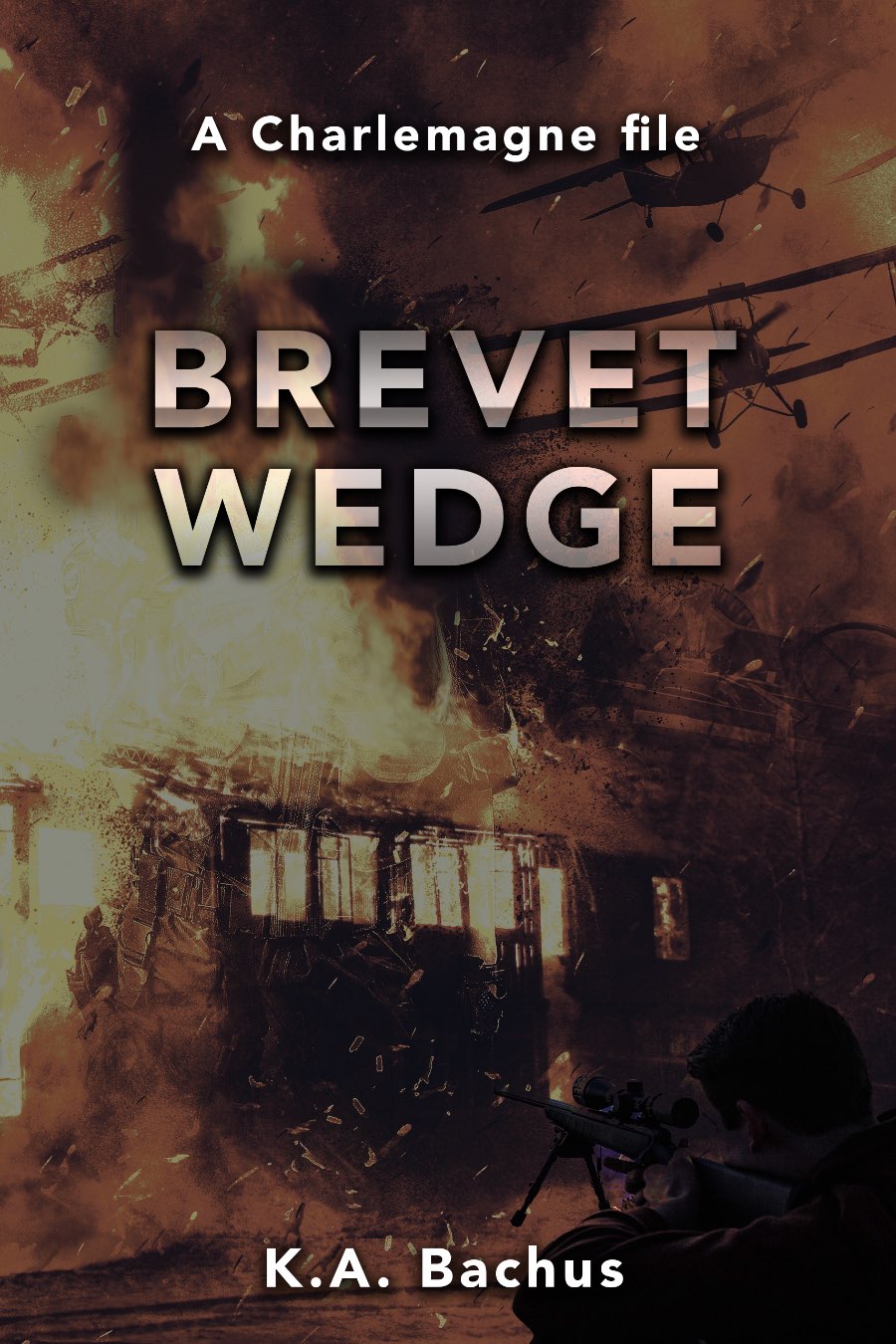 “I’ve never known Mack to make a threat he was not prepared to carry out,” I said carefully. “He doesn’t bluff.”

The last thing Frank ever wants to see is Louis, the volatile marksman of the team, anywhere near his home, let along sitting at the kitchen table drinking a martini meant for him and flirting with his wife. For Frank, the men of Charlemagne have become the ultimate houseguests from hell.

Mack offers Frank’s subordinate, Steve Donovan, a chance to join the team after the fallout of a recent disaster puts his young family at risk. As Frank watches Steve turn into a killer and his own wife and daughter discover what his thirty-year career has been all about, he helps the team save the lives of Steve’s family while dreading the danger to his own.

Can Frank trust anyone in his immediate circle?

Brevet Wedge is the third novel in K.A. Bachus’s fast-paced Charlemagne Files series chronicling the lives of a team of deadly Cold War intelligence operatives over a span of three decades..

"The life of a spy is filled with such fear and unrest, that it would shake even the strongest of people; and it can be experienced first hand in book 3 of the Charlemagne Files series, Brevet Wedge by K.A. Bachus.

Leo had finally been able to find some normalcy in his life as of late; able to calm things down. However, this feeling doesn’t last long. One day, he comes home and finds two men in a car, parked in front of his house. Upon entering he finds two more men inside his house; the Frenchman Lous and his associate Steve. Before he knows it, he is being pulled into a mission that he doesn’t want to be a part of, with men he doesn’t fully trust.

Aer a briefing in a nearby safehouse, Leo is given his assignment and the trio are off, in Leo’s worn down old car, to find the target. With every moment that Leo progresses in his new mission, a looming sense of danger grows stronger as he fears that his associates will in turn kill him too.

Brevet Wedge was a brilliant combination of suspense, mystery, and action. Author K.A. Bachus pulls you into an amazing world as you watch the intricate plot unfold before you. You will find yourself on the edge of your seat, as you struggle to decide who can be trusted, and who cannot.

Brevet Wedge is brilliant, with likable characters and a plot that will leave you wanting more!" - The Lost Chapter, LLC

"An action-packed adventure story with expertly woven sub-plots. Plenty of drama and tension for the protagonist and a life-or-death battle for his team. This is an easy, light read that will keep you turning pages". -- L. Van Onselen, UK