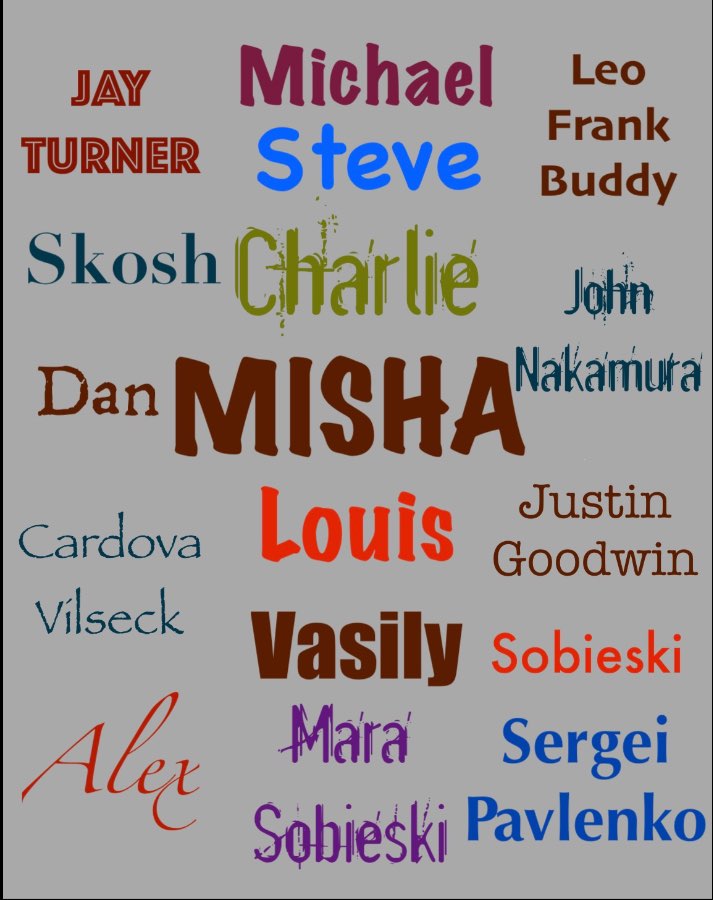 Book2Look for The Importance of Names

The Importance of Names

What’s With All the Names?

I have been asked this question more than once and not only in regard to the characters in my books. People who know me by one name are sometimes surprised to hear another acquaintance call me something different. In fact, I can count seven different names and nine different titles I have answered to.

Every name depends on context. In non-fictional life, we know this intuitively. Thus, we will call our next door neighbor Dan when having a beer with him, but Coach when discussing strategy in front of our young son on the soccer field.

Fictional worlds of elves, wizards and aliens are familiar enough to most of us that we have little trouble applying real-world rules of context automatically when a character is called Sandra, Sandy, Sweetie, and Mrs. Fether by different sentient beings in the story. The characters in The Charlemagne Files inhabit a fictional world of Intelligence (capital I). Most of the conventions and terms are real but unfamiliar to those who have not read extensively in the genre.

This particular intelligence world is one I made up, so even with extensive experience with the subject, chances are good that a few things will be unfamiliar. But in both instances, just use everyday conventions and a quick look at the name glossaries I provide in some of the books to stay oriented in the story. It is not strange that a member of the team may call the team leader Misha, while a babysitter, who is essentially an outsider, will receive a disgusted glare for doing so. The people who work with the team but are not on it are never given a name for him, and so are reduced to 'hey you', direct eye contact or making up a handle for him.

Misha was dubbed Mack by English-speaking babysitters because of his skill with a knife.